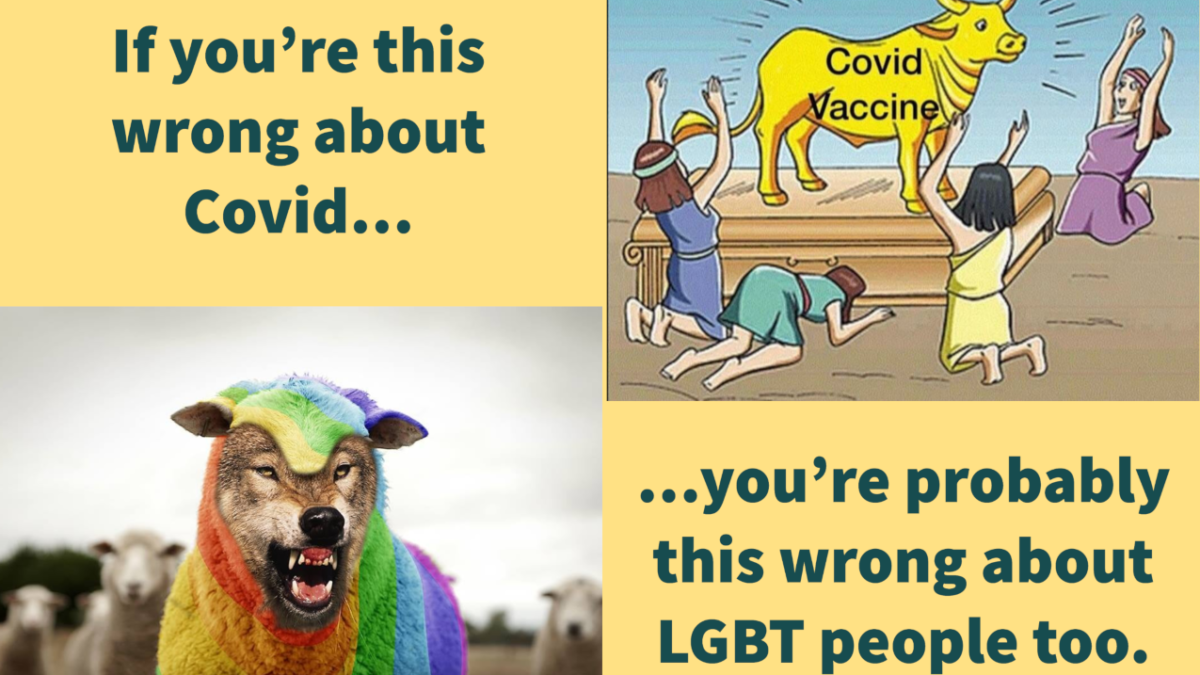 Imagine that someone insisted that the sky was made of blue glass and the sun was a huge lightbulb. They are just obviously wrong. There is no nuance, no room for doubt. There would be no point in engaging with someone who held that opinion. They didn’t arrive at their conclusion rationally, so it is extremely unlikely that rational discussion will change their opinion.

Until very recently, I’d never really heard of the East Kilbride Christadelphians. I’d probably interacted with them at some point, but nothing about them stuck with me.

That changed last night. I was working on another project when I decided to take a break and have a look at Facebook, where I discovered this article being discussed by some Christadelphian friends.

The East Kilbride Ecclesia was reported to the charity regulator by the National Secular Society.

A video posted in December implies that vaccines are similar to a biblical story in which God punished people for worshipping a cow statue because “the word vaccine originates from the Latin word vacca, which means ‘cow’.”

Like the person posting memes about how the sky is made of glass, all of the Covid information and antivax information that I saw on the East Kilbride page is so obviously wrong and so obviously irrational that they do not deserve a rational response, or, indeed, a direct response of any kind. There is no rational reason to doubt the vast amounts of scientific evidence that show Covid is dangerous. There is no rational reason to doubt the scientific evidence that proves the main Covid vaccines are safe. The East Kilbride Christadelpians did not reach their position from rational thought, so it is unlikely they will be swayed by rational thinking. There is no point engaging with them on this issue.

There are people who have been hurt by the actions of the East Kilbride Christadelphian Ecclesia, including, but not limited to, LGBT Christadelphians. The message they promote about LGBT people isn’t merely inaccurate. It is wrong, and it is as patently absurd as the message they promote about Covid. I can’t stop the East Kilbride Christadelphian Ecclesia behaving the way they do. They are clearly not behaving rationally, therefore it is unlikely that rational discussion would change their minds, even if they were capable of entering into rational discussion.