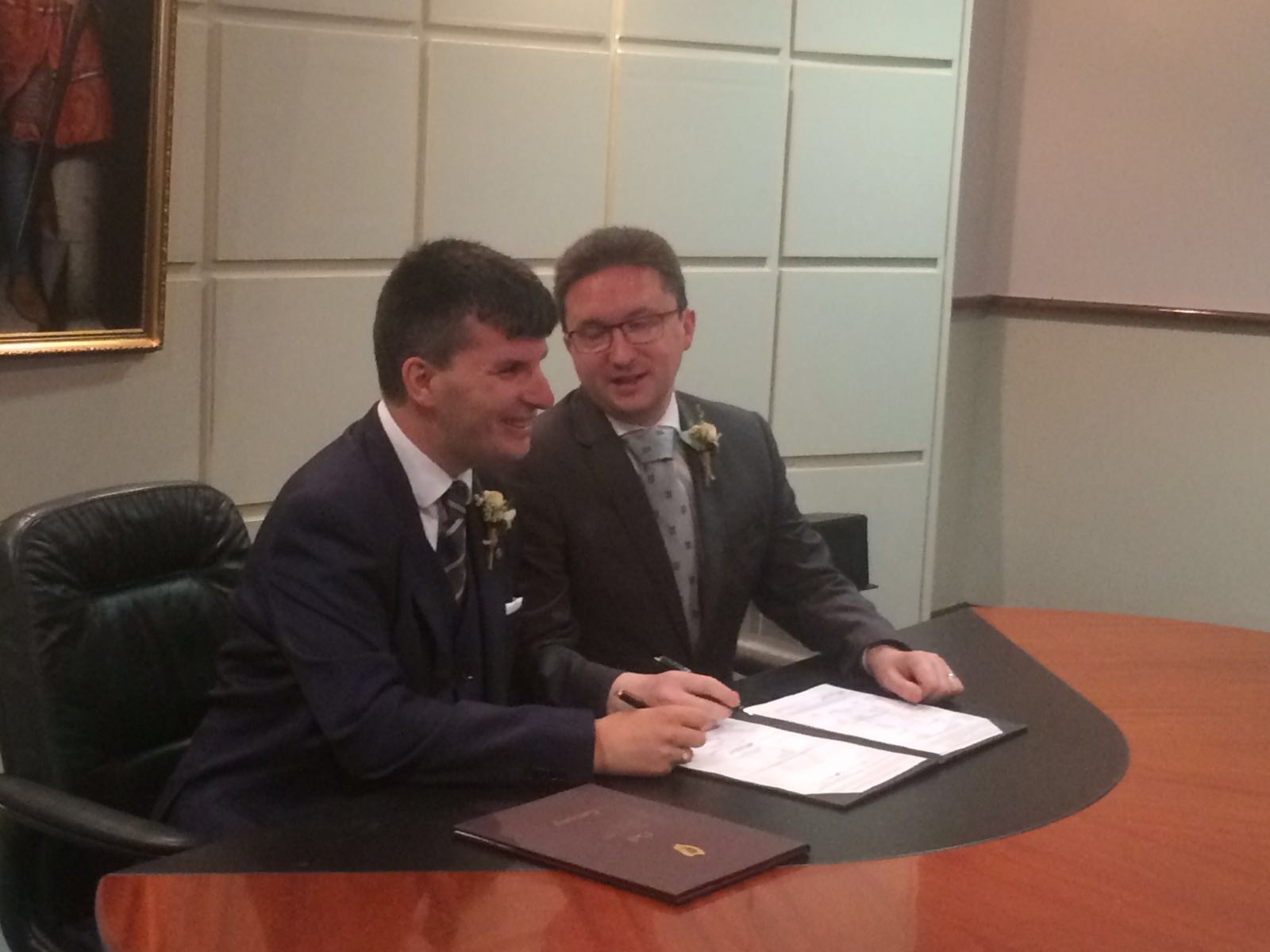 Has my relationship with my husband changed? No, but the legal recognition of that relationship has changed. The differences between marriage and civil partnership depend on which jurisdiction you are talking about (here are some examples for Ireland, and here are some for England and Wales). For us, the key issue is that we are no longer “separate but equal”; we are now equal. In the eyes of the law, our relationship has exactly the same standing as the relationship between my best friend, Rob, and his wife, Emma. That equality in the eyes of the law is both driven by and a driving force for being seen as equal in the eyes of society.

In 2011, we formed our civil partnership. The next day, we married in church. We are both Christian, and as such we wanted to get married in church. That ceremony had no legal standing, but it is the one that we regard as being the official start of our married relationship. In Northern Ireland, same-sex marriage is not currently legal, and there is a campaign to make same-sex civil marriage legal. That doesn’t go far enough, as the campaign apparently ignores people in same-sex relationships who want same-sex religious marriage. As well as being an issue of civil rights, marriage equality is an issue of religious freedom. In a country where an opposite-sex couple can choose to get married in a church or other religious venue (if the church or venue wants to marry them) but a same-sex couple can only be married in a civil, secular ceremony, there is still discrimination against same-sex couples, albeit significantly attenuated discrimination.

I believe that one day this discrimination will end completely, but until then we should all be aware that not everyone is allowed to progress beyond a Graded Objective in Modern Language.