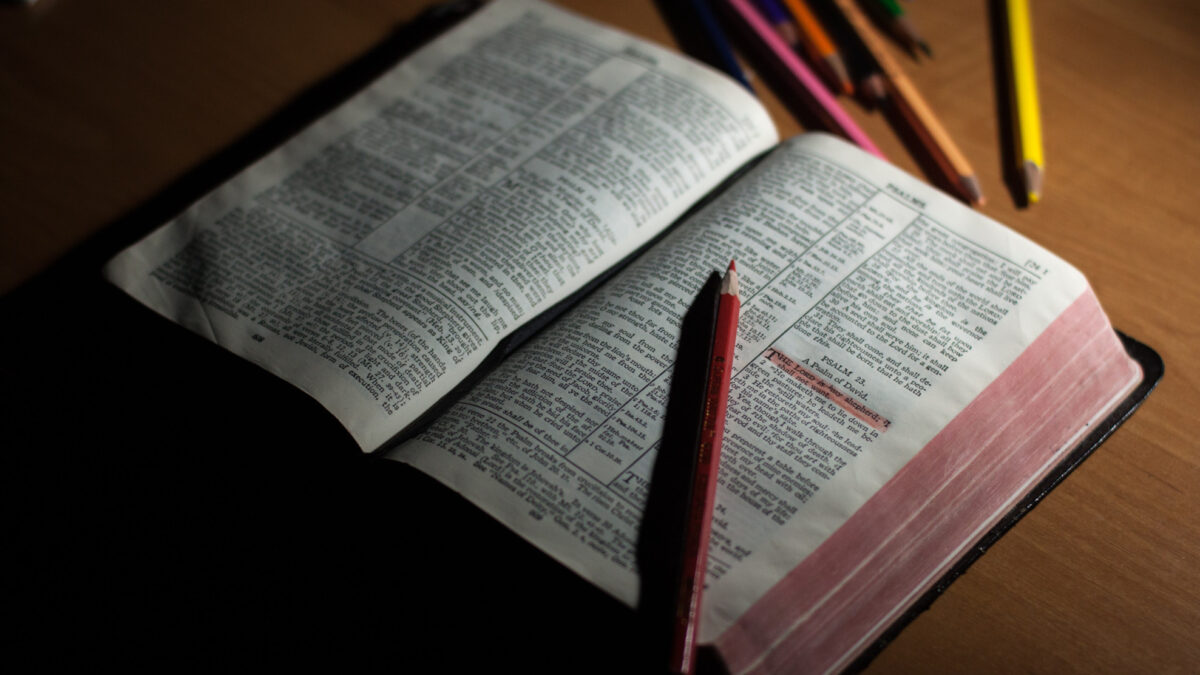 The rituals and observances of the Law of Moses are there for a reason. Every one, however odd, teaches us something about God. There are two related observances from yesterday and today’s readings in Leviticus that I want to talk about this morning: the Sabbath Year and the year of Jubilee.

The LORD said to Moses on Mount Sinai, “Speak to the Israelites and say to them: `When you enter the land I am going to give you, the land itself must observe a sabbath to the LORD. For six years sow your fields, and for six years prune your vineyards and gather their crops. But in the seventh year the land is to have a sabbath of rest, a sabbath to the LORD. Do not sow your fields or prune your vineyards. Do not reap what grows of itself or harvest the grapes of your untended vines. The land is to have a year of rest. Whatever the land yields during the sabbath year will be food for you–for yourself, your manservant and maidservant, and the hired worker and temporary resident who live among you, as well as for your livestock and the wild animals in your land. Whatever the land produces may be eaten.

Biologically, it does make some sense to let land lie unfarmed every few years, and this technique is still used in many parts of the world. There is an unusual feature about the Mosaic version though. Instead of letting one seventh of your land lie fallow every year, you had to let all of it lie fallow at once. For one whole year in seven you were not supposed to farm your land. I think that is where the spiritual lesson is contained. By doing this you were trusting in God to look after you for that year. It was different from the way the manna appeared in the wilderness, but it required you to trust God all the same. God made this promise in Leviticus 25 verses 18 to 22:

You may ask, “What will we eat in the seventh year if we do not plant or harvest our crops?” I will send you such a blessing in the sixth year that the land will yield enough for three years. While you plant during the eighth year, you will eat from the old crop and will continue to eat from it until the harvest of the ninth year comes in.

If you trusted in God enough to observe the Sabbath for the land then He made sure that you had enough food before you had to observe it.

I’m sure we could all list dozens of verses that give a similar message, such as “I was young and now I am old, yet I have never seen the righteous forsaken or their children begging bread” from Psalm 37, or Matthew 5, verses 31 to 33:

Even though we are no longer bound by the law of Moses, the Sabbath year acts as a very physical reminder of a constant thread in the Bible: God will look after and protect the faithful. We don’t have to worry where our next meal is coming from, because it is coming from God.

Related to the Sabbath year is the year of Jubilee, which is also a physical reminder of an important spiritual point. The Jubilee years occurred, theoretically, once every 50 years. In a Jubilee year, various things happened relating to property and slaves, but the one I want to concentrate on relates to land. Under the Law of Moses you could not buy land forever. You could only lease it, and all the leases, throughout the land expired in the year of Jubilee.

That sounds like a bigger recipe for economic disaster than the Sabbath years. Of course the Law of Moses isn’t there for reasons of economics. It is there for spiritual, Godly, reasons. You weren’t allowed to sell your land forever, because it wasn’t really your land at all. It belonged to God.

“The land must not be sold permanently, because the land is mine and you are but aliens and my tenants.”

Everything belongs to God, and the land of Israel is particularly his. He is the landlord for all of Israel, and his tenants were to respect him because of that. In return, God would be a good landlord who took care of them.

“`Do not make idols or set up an image or a sacred stone for yourselves, and do not place a carved stone in your land to bow down before it. I am the LORD your God. “`Observe my Sabbaths and have reverence for my sanctuary. I am the LORD. “`If you follow my decrees and are careful to obey my commands, I will send you rain in its season, and the ground will yield its crops and the trees of the field their fruit. Your threshing will continue until grape harvest and the grape harvest will continue until planting, and you will eat all the food you want and live in safety in your land. “`I will grant peace in the land, and you will lie down and no one will make you afraid. I will remove savage beasts from the land, and the sword will not pass through your country. You will pursue your enemies, and they will fall by the sword before you. Five of you will chase a hundred, and a hundred of you will chase ten thousand, and your enemies will fall by the sword before you. “`I will look on you with favor and make you fruitful and increase your numbers, and I will keep my covenant with you. You will still be eating last year’s harvest when you will have to move it out to make room for the new. I will put my dwelling place among you, and I will not abhor you. I will walk among you and be your God, and you will be my people. I am the LORD your God, who brought you out of Egypt so that you would no longer be slaves to the Egyptians; I broke the bars of your yoke and enabled you to walk with heads held high.

God doesn’t just demand respect for no reason, although it would not be wrong for Him to do so. God has revealed himself to his people, and if they respect him they live prosperous lives.

It makes sense therefore that if the people do not respect God he withdraws the blessings. If you don’t behave as your landlord asks you to you will be evicted, and this is exactly what the people of Israel were told would happen to them. They were disobedient, and they were cast out of Israel. This is promised in Leviticus 26, and lamented in Psalm 137, one of our other Old Testament readings for today.

By the rivers of Babylon we sat and wept when we remembered Zion. There on the poplars we hung our harps, for there our captors asked us for songs, our tormentors demanded songs of joy; they said, “Sing us one of the songs of Zion!”

Even though Israel was not faithful, even though we are not perfect, we still have the opportunity to enter into the ultimate Sabbath, the rest that is the Kingdom of God. O give thanks unto the LORD; for he is good: for his mercy endureth for ever. The promise of entering the kingdom is as real and open to us today as it was to the Israelites as they left Egypt.

Before we share the bread and wine, in remembrance of Christ and his work, I want to read Hebrews chapter 4, which reminds us of the Sabbath rest to come.

Therefore, since the promise of entering his rest still stands, let us be careful that none of you be found to have fallen short of it. For we also have had the gospel preached to us, just as they did; but the message they heard was of no value to them, because those who heard did not combine it with faith. Now we who have believed enter that rest, just as God has said, “So I declared on oath in my anger, `They shall never enter my rest.'” And yet his work has been finished since the creation of the world. For somewhere he has spoken about the seventh day in these words: “And on the seventh day God rested from all his work.” And again in the passage above he says, “They shall never enter my rest.” It still remains that some will enter that rest, and those who formerly had the gospel preached to them did not go in, because of their disobedience. Therefore God again set a certain day, calling it Today, when a long time later he spoke through David, as was said before: “Today, if you hear his voice, do not harden your hearts.” For if Joshua had given them rest, God would not have spoken later about another day. There remains, then, a Sabbath-rest for the people of God; for anyone who enters God’s rest also rests from his own work, just as God did from his. Let us, therefore, make every effort to enter that rest, so that no one will fall by following their example of disobedience. For the word of God is living and active. Sharper than any double-edged sword, it penetrates even to dividing soul and spirit, joints and marrow; it judges the thoughts and attitudes of the heart. Nothing in all creation is hidden from God’s sight. Everything is uncovered and laid bare before the eyes of him to whom we must give account. Therefore, since we have a great high priest who has gone through the heavens, Jesus the Son of God, let us hold firmly to the faith we profess. For we do not have a high priest who is unable to sympathize with our weaknesses, but we have one who has been tempted in every way, just as we are–yet was without sin. Let us then approach the throne of grace with confidence, so that we may receive mercy and find grace to help us in our time of need.