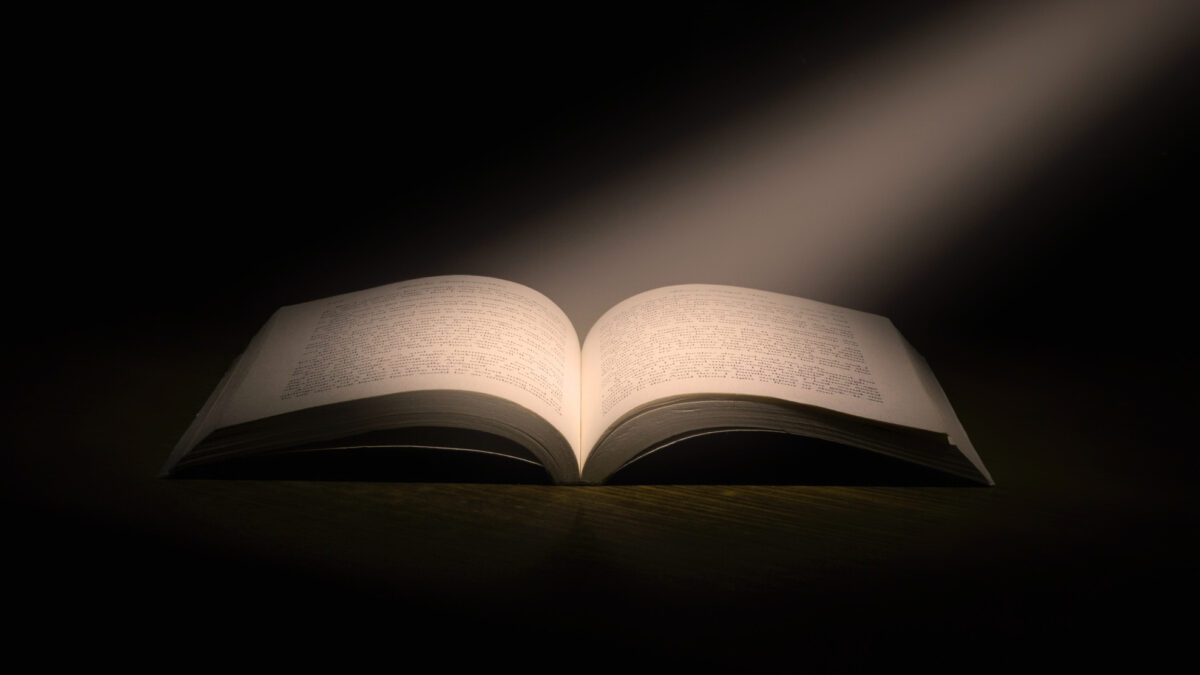 Why is God Hidden?

We have just read the following words from Mark 8, verses 11 and 12:

The Pharisees came and began to question Jesus. To test him, they asked him for a sign from heaven. He sighed deeply and said, “Why does this generation ask for a miraculous sign? I tell you the truth, no sign will be given to it.”

On the face of it, that’s quite a difficult thing to understand. Surely everybody would believe in God and live as he wants us to if only God was more visible to us. This is an argument that is often used to prove that God does not exist.

Is it true that everybody would believe in God if he were more visible? It is undoubtedly true. Is it true that everyone would live as God want us to? That is undoubtedly false. Nobody can deny that somebody they can see exists, but believing, or knowing that someone exists is a far cry from living as they want you to live, and it is a far cry from loving them. Even the best-behaved child disobeys his or her parents at some stage.

Human beings are certainly not the best behaved of children, and there have been several occasions in human history when people have been able to interact with God in a much less ambiguous way than we do nowadays.

The first example I’m going to consider is in the early chapters of Genesis – Adam and Eve. In Genesis 2 verses 16 and 17 God gives Adam a very clear command:

And the LORD God commanded the man, “You are free to eat from any tree in the garden; but you must not eat from the tree of the knowledge of good and evil, for when you eat of it you will surely die.”

As we all know, Adam and Eve did eat of the tree of the knowledge of good and evil. Now, it’s easy to be critical of Adam and Eve, because it was just a little thing they had to resist. That’s not a fair criticism. The actor Mel Brooks is reputed to have said, “Tragedy is when I stub my toe, comedy is when you fall down a manhole and die.” It’s easy to say, “Major temptations are the ones I resist, little ones are the ones you succumb to.”

We don’t know how big a temptation Adam and Eve fell to, and we can’t really know how big a temptation anybody apart from ourselves suffers from. You can’t say, “Brother so-and-so has an easy time of it. All he is tempted by is drinking, whereas I have a much more difficult time I’m continually tempted to spend all my money on computers.” My computer obsession may be less of a temptation to me than somebody else’s trouble with alcohol, but being human it is too easy to see it as the other way around.

We can’t take the high moral ground when thinking about Adam and Eve, but the point is they were just as rebellious as we are today, even though their interaction with God was much more direct and unequivocal than our own. There is no reason to suppose that if God were more visible then the world would be a better place.

The second example is that of the Children of Israel in the wilderness. Think about what they experienced as the left Egypt. There were the plagues that were sent to Egypt. Then they walked through the Red Sea. The wonderful manna fed them. They were led by a pillar of fire and a pillar of cloud. That is not the sort of environment under which atheism can flourish, is it? Despite that they were still unfaithful and disobedient.

Again, I’m not taking the high moral ground here. I’m not suggesting that I, or anybody else in this room, would have been better behaved than the children of Israel were. The point I’m making is that God’s presence being undeniable does not mean that everybody is automatically holy and faithful.

Consider David. He was a man of very great faith. Yet he was disobedient too. He knew beyond all doubt that God exists, but he still sinned.

There is no reason to suppose that, all other things being equal, if God was unequivocally visible to all of mankind today then everybody would be more faithful, or have a Godlier lifestyle. A sign given to the Pharisees in Mark 8 would have achieved nothing.

“There was a rich man who was dressed in purple and fine linen and lived in luxury every day. At his gate was laid a beggar named Lazarus, covered with sores and longing to eat what fell from the rich man’s table. Even the dogs came and licked his sores. The time came when the beggar died and the angels carried him to Abraham’s side. The rich man also died and was buried. In hell, where he was in torment, he looked up and saw Abraham far away, with Lazarus by his side. So he called to him, `Father Abraham, have pity on me and send Lazarus to dip the tip of his finger in water and cool my tongue, because I am in agony in this fire.’ “But Abraham replied, `Son, remember that in your lifetime you received your good things, while Lazarus received bad things, but now he is comforted here and you are in agony. And besides all this, between us and you a great chasm has been fixed, so that those who want to go from here to you cannot, nor can anyone cross over from there to us.’ “He answered, `Then I beg you, father, send Lazarus to my father’s house, for I have five brothers. Let him warn them, so that they will not also come to this place of torment.’ “Abraham replied, `They have Moses and the Prophets; let them listen to them.’ “`No, father Abraham,’ he said, `but if someone from the dead goes to them, they will repent.’ “He said to him, `If they do not listen to Moses and the Prophets, they will not be convinced even if someone rises from the dead.'”

“They will not be convinced even if someone rises from the dead”. It seems hard to believe, but the Pharisees were not convinced by someone rising from the dead, whether they were people Jesus resurrected, or Christ himself rising to life again.

The Bible indicates that God being more visible would not make people more likely to live a Godly lifestyle – there would really be no improvements if he were. But would things be any worse? After all, it would hardly be damaging to the faith of the believers if every time an unbeliever asked God sent some great sign from the heavens. Imagine the scenario: an unbeliever demands that God shows some evidence of his existence. God obeys and sends a sign. The unbeliever promptly ignores it, or it fails to make any significant impact on his life.

Doesn’t that sound ludicrous? A human demanding something of God, and God being compelled to act! It’s even worse when you think that said human isn’t going to be committed to the things of God in any case. It really works the other way around. God tells us what to do. It isn’t us who gives God instructions.

There are rare occasions when a personal sign is something that God sends. He is a compassionate God, and when a sign would help He sends it. Turn to Judges 6 verses 36 to 40:

Gideon said to God, “If you will save Israel by my hand as you have promised – look, I will place a wool fleece on the threshing floor. If there is dew only on the fleece and all the ground is dry, then I will know that you will save Israel by my hand, as you said.” And that is what happened. Gideon rose early the next day; he squeezed the fleece and wrung out the dew-a bowlful of water. Then Gideon said to God, “Do not be angry with me. Let me make just one more request. Allow me one more test with the fleece. This time make the fleece dry and the ground covered with dew.” That night God did so. Only the fleece was dry; all the ground was covered with dew.

Gideon is testing God, which isn’t really something he should have done, but God responded to the test because it strengthened Gideon’s faith. Gideon was one of those rare individuals who would genuinely appreciate a direct sign from God. For most people, a direct sign from God would be the ultimate example of casting pearls before swine, but for Gideon it was not.

Nobody is perfect, and that imperfection extends, in the vast majority of cases, so far that a sign directly from God Himself will not cause faithful obedience, even if the sign is to a believer. In this respect the difference between a believer and a non-believer is the former is aware of his or her imperfections, but the latter doesn’t know, or doesn’t care. This is beautifully expressed in one of tomorrow’s readings, Mark chapter 9, verse 24:

“I do believe; help me overcome my unbelief!”

Or as the King James Version has it:

“Lord, I believe; help thou mine unbelief”

I said earlier that there is no reason to suppose that, all other things being equal, if God was unequivocally visible to all of mankind today then everybody would be more faithful, or have a Godlier lifestyle. The important part there is all other things being equal. After Christ’s return the world will be radically different. I don’t need to go into the details, but during the Millennium Christ will be the ruler of the whole planet, and the immortalised followers will help him in that mammoth task. God’s presence, justice and holiness will be evident in a way that they have never been before. That is what will make the Kingdom such a wonderful place to be. The close of the Millennium will be even more fantastic.

And I heard a great voice out of heaven saying, Behold, the tabernacle of God is with men, and he will dwell with them, and they shall be his people, and God himself shall be with them, and be their God. And God shall wipe away all tears from their eyes; and there shall be no more death, neither sorrow, nor crying, neither shall there be any more pain: for the former things are passed away.

That beautiful vision is something that can build faith in all of us. When we are praying “I believe, help my unbelief” we can draw strength from the promise of the glory of the Lord covering the Earth as the waters now cover the sea.